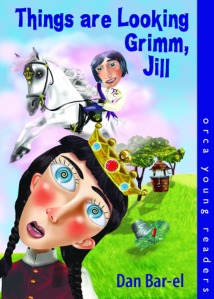 “As Jill headed toward the door, her mother suddenly called out. ‘You are going into the land of Grimm. It’s not the same as our kingdom. Sometimes a sense of humor is the best weapon a person can carry.'”

When Jill sets off to rescue the women of Grimm, she meets a lot of very odd people and discovers the value of listening to her mother! 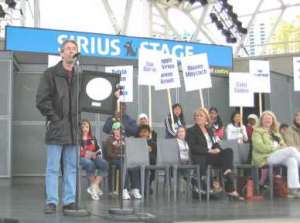 “… author Dan Bar-el has created a witty and clever follow-up to his previous book, Things Are Looking Up, Jack. … The text is simple enough for an early reader, but is smartly written, and laugh-out-loud funny …”

“… bubbling with fun and folk tales …. It’s short chapters are suitable for the intermediate reader, but that’s just cover: I’m sure it’s really designed for slightly crazy adults. Has your mind been tampered with (as the Fairy Godmother asked the Princess)? If not, don’t worry, read this and it will be, to hilarious effect.”

AVAILABLE IN SOFT COVER OR eBOOK!